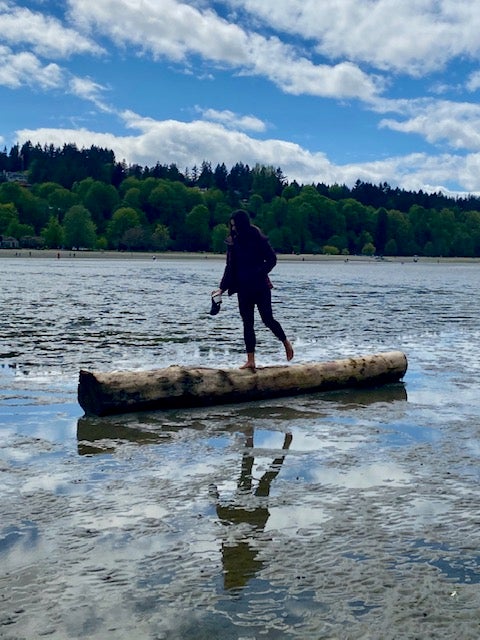 If you have ever enjoyed sitting against a log at one of Vancouver's beaches, you have Cornelia Hahn Oberlander to Thank :)
The City of Vancouver has awarded its highest honour to the pioneer in landscape architecture who was also a pillar of the city’s Jewish community. Oberlander has been awarded the Freedom of the City award; city council approved the award on Tuesday, just days before she died at the age of 99.
Oberlander escaped Nazi Germany at the age of 18 and emigrated to the United States, where she earned a degree in landscape architecture at Harvard among the university’s first class of women graduates. After moving to Vancouver, Oberlander founded her own landscape architecture firm, where she promoted her vision of “green cities.”
Along with Vancouver’s iconic beach logs, her work in the city included Robson Square, the Vancouver Public Library Central Branch’s rooftop garden, along with landscapes for UBC’s Museum on Anthropology and the C.K. Choi Building. Among her many other honours and accolades, Oberlander was a Companion of the Order of Canada and member of the Order of British Columbia.